Captain Ginyu’s voice was very loud, almost spread across half of the earth, and many people on earth don’t know what happened.

Vegeta hear the voice of Captain Ginyu, and Kami was no exception.

If the earth is gone, he can’t survive in space.

“Hurry up, Piccolo!” Kami said and quickly speed up.

At this time Kami is more powerful than King Piccolo, so his pace is also very slow.

“You go and bring the other six Dragon Balls, and I will bring the last Dragon Ball, we will find a place to meet!” King Piccolo said.

As soon as Kami think about it, he blames himself for being too anxious. With such a simple way things will resolve early.

“No, the last Dragon Ball is far away from here, so you go to the six Dragon Balls, and I will bring the last one.” Kami said.

Both divide there works and then move towards the direction of the Dragon Balls.

Vegeta’s speed was much faster than Kami. At this time, he finally came to the position of the last Dragon Ball.

Then he saw a familiar island.

It turned out that the last Dragon Ball was actually in the hands of Master Roshi.

At this moment, Master Roshi was lying on a lounger, and Dragon Ball was hung on his neck. 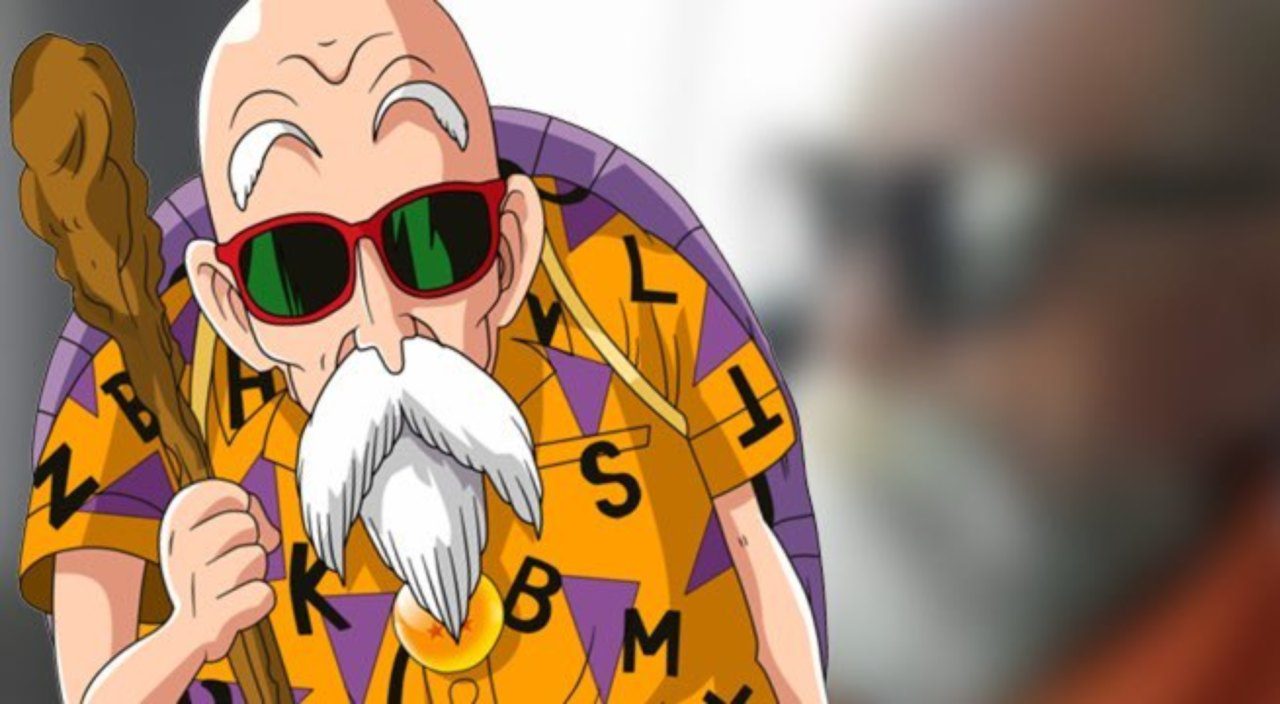 At this critical juncture, Vegeta was too lazy to talk to him, he directly went and took the Dragon Ball from the neck of Master Roshi, and then turned to the direction of other six Dragon Balls.

Master Roshi opens his eyes with some sorrow, and look around.

He was naturally sensed a strong breath.

However, when he looked down, he was shocked and stunned.

Why the Dragon Ball is on his neck?

Master Roshi scratched his head and was puzzled.

“Vegeta, there are still five minutes, if you don’t show up, you will disappear with the earth!” Captain Ginyu inflated his body again and shouted loudly.

Vegeta gnashed his teeth, because he wanted to talk to Captain Ginyu, but he didn’t bring his detector him, and there was no such skill as Captain Ginyu, so he has to increase his pace.

Suddenly he saw a familiar figure, which was flying fast.

Vegeta fixed his eyes on that figure, who can be other than Kami?

Why this Kami come here?

Vegeta didn’t think much about it and directly intercept Kami.

“God Kami, what are you going to do in a hurry?” Vegeta asked with a squint.

“Vegeta, did you take the last Dragon Ball from Master Roshi?” Kami glanced at Vegeta, sinking in his heart, and then asked.

“Why?” Vegeta smiled. “Are you also come for Dragon Ball?”

Kami gnashed his teeth and nodded. Then said: “I don’t want to deceive you, so let’s talk.”

Kami told Vegeta about Piccolo’s second demand, that he wants the Dragon Balls so he can restore his youth.

“Vegeta, you also know that five alien came on earth and they have a strong breaths. Even you can’t compete with them.” Kami was afraid that Vegeta was disagreed with him and then he said: “Only my and Piccolo’s fusion can compete with them right now. I hope that you will cooperate with us.”

He knows that in original Dragon Ball World, Piccolo, had cultivated for a long time. After he died, he worked hard in kingdom of Grand Elder Guru. Later, Piccolo went to the Planet Namek, and merged with Nail. After three years of cultivation, he was integrated with Kami, and then those combat power had reached beyond Frieza.

Now a days, Kami and King Piccolo’s fighting power is only about 200. The two guys are integrated into one, and they want to go beyond the basics.

“If this is the case, then quickly hand over the Dragon Ball to me. After we merge, we will never be enemies with you.” Kami gave a guarantee.

“But, you may not know a thing yet?” Vegeta smiled softly and said: “This Captain Ginyu is just following someone’s order. The real enemy has not appeared yet. That person is the actual team leader and Caption Ginyu is nothing in front of him. He is thousands time stronger than him.”

“What do you say?” After Kami heard the words, his face changed dramatically. He can’t be calm anymore.

Kami thought that he can beat the so-called Ginyu Force’s Captain as the last battle, Kami have 60% chances of winning in this battle, but then what about a guy who is a thousand times stronger than him.

“Except me no one will be his opponent.” Vegeta smiled and said.

“You can’t be the opponent of Ginyu now, how can you defeat a person who is a thousand times stronger than him?” Kami looked at Vegeta with some disbelief.

“I have my way, but for that I have to realize my wish.” Vegeta smiled lightly, then said seriously: “By the way, can you talk to them?” Otherwise they destroy the earth, and no one can live!”

“What do you want to say to them? I can let Piccolo convey, he can do it.” Kami nodded.

“Tell them, I am far away from them and I will appear in front of them within an hour.” Vegeta said.

At that time Captain Ginyu began to yell again.

“Vegeta, you have just last thirty seconds, if you don’t show up, the earth will be finish. Don’t think that I am just scaring you, although I also want to bring you to Lord Frieza, but Lord Frieza said that If he try to run away again, you can kill him!”

“Captain, it seems that this kid isn’t listening to us.” Jeice became a little anxious.

“This stinky boy, if Lord Frieza hadn’t ordered me, to bring him alive, then I would have killed him already!” Captain Ginyu gnashed his teeth, can’t wait to kill Vegeta.

“Captain, what if he doesn’t come?” Jeice asked.

“Hey, if he doesn’t come, let’s blow up a small part of this planet first, let him know that we are not lying. What do you think guys about this idea?” Ginyu smiled very happily and said: “Okay, let’s work together, and remember that we have to just destroying a small part, not the whole planet.”