“Captain, I am coming.” Guldo rushed towards Ginyu while he was gasping. His combat power was not high.

“Use your time-stopping skill immediately, take me to the place where Vegeta is.” Ginyu said.

Guldo’s face changed slightly, and he responded with a bitter face: “Captain, I don’t have much energy in my body now. This skill is very energy-consuming.”

“How much!” Ginyu screamed.

“I try my best.” Guldo nodded, raising his hands, and said.

“People who have gathered seven Dragon Balls can say your wishes.” Shenlong looked at the Vegeta and Kami below. 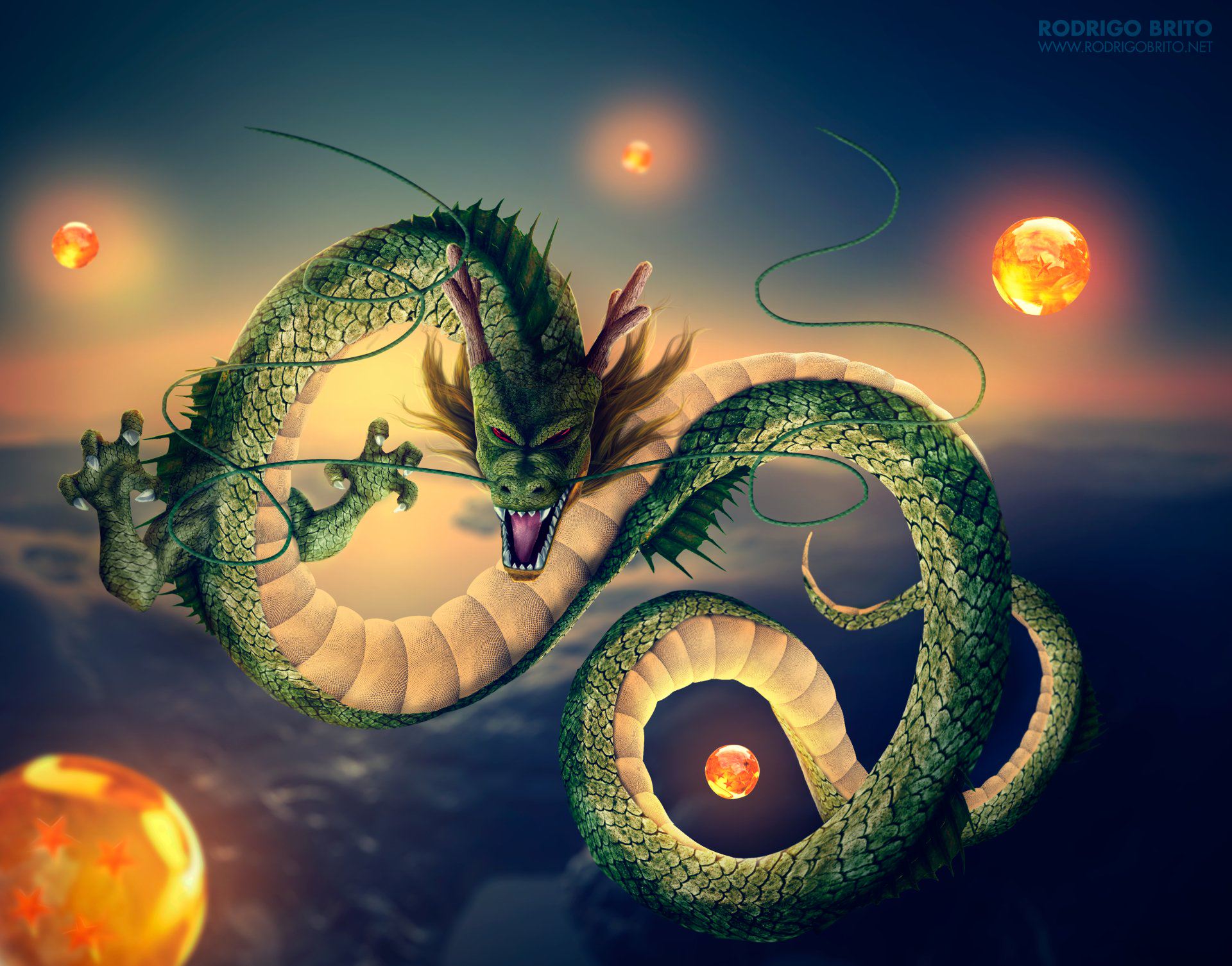 “Let the aliens disappear from earth except me…”

When Vegeta was about to speak his wish, he heard Kami’s voice.

Vegeta’s heart sank, and then suddenly a squeak came from Kami’s mouth, because Vegeta punched on Kami’s neck.

“Kami, believe it or not, I will kill you!” Vegeta said in anger. He always feels that Kami was not good for him, because every time he was secretly guarding him. But he didn’t expect that he has this type of ulterior purpose.

As can be seen from the words of Kami, this guy wants to let himself and Ginyu transfer to other planets to ensure safety of earth.

“Dragon is omniscient.” Dragon yelled: “Majin Buu is very powerful. It was awaked by a magician named Bibidi. It is made to destroy everything…”

“My wish is very simple, let me have the physique of Majin Buu, understand?” Vegeta said.
“Understood, you are wanted to Majin Buu’s physique that can be regenerated indefinitely?” Shenlong is very easy-going nod.

“Not bad.” Vegeta nodded, and then nervously asked, “Can you do it?”

Dragon is good, it’s much simpler to communicate with Kami.

When Shenlong heard Vegeta’s wish, he became silent for a while.

Vegeta became a bit nervous, can’t it be possible for Shenlong to achieve this wish?

“It can be achieved.” Shenlong finally spoke.

Vegeta became so happy, he can finally achieve his wish.

“But… your wish is a bit difficult to achieve.” Shenlong spoke again.

“What do you mean?” Vegeta asked.

“Because Majin Buu’s physique is very special, and you are a Saiyan, the cells transformation is very troublesome.” Shenlong explained: “When I calculated it, it takes at least a quarter of an hour, to transform you into a Majin Buu physique.”

“A quarter of an hour!” Vegeta said and widened his eyes.

Have you made a mistake?

Why this fucking time taking so long?

But the problem is that Ginyu will be coming soon.

When Vegeta was thought about the situation, he found that Ginyu was coming towards his direction, and it took only 10 minutes to arrive here.

And when Ginyu come, he will definitely destroy himself and Dragon then wish will be completely lost.

“Yes, a quarter of an hour.” Shenlong said, and again he starts speak: “And you also can see the situation, that Ginyu is coming here, I advise you to make a simple wish.”

“Then make me a Super Saiyan in advance, can you do it?” Vegeta changed his wish.

As long as I become a Super Saiyan in advance, after beating Frieza, there is nothing to worry about.

“That’s not possible, your combat power has far exceeded me, and you have to depend on yourself for achieving Super Saiyan’s physique. I can’t do it.” Shenlong shook his head and said.

“Then… then make me the legendary Super Saiyan, can you give me that kind of physique? I am also a Saiyan, it should not be difficult to transformed, right?” Vegeta resisted his anger in his heart, and asked again.

“Yes, but it will also take at least a quarter of an hour.” Shenlong explaining: “Because when your body transform in legendary Super Saiyan your body cells will change and the process of transforming cells requires a process, same process requires in Majin Buu transformation.”

Vegeta wants to kill Shenlong with a slap.

“Hurry up and say your wish, Ginyu is coming.” Shenlong urged.

Fuck, how is this Dragon is so hateful?

Vegeta is desperate, and Dragon is not reliable.

It seems that he can only transfer Ginyu to other planet as Kami said.

Taking advantage of this time, first I have to enter the Hyperbolic Time Chamber to practice, and perhaps I can take a break through.

Just preparing to say what I want, Dragon is talking again.

“Vegeta, I have a quick way to transform your body into Majin Buu physique, if you agree, I can complete your wish.”

“I will transform your half body in Majin Buu before Ginyu is coming, and if you get the Dragon Balls again, you can transform the remaining part of your body.” Shenlong looked at Vegeta and said.

“What’s the effect of half body transformation?” Vegeta asked.

If there is no benefit of half body transformation, then it is better not to transform. Because when the transformation can’t help me to compete with Ginyu then why should I waste my time?

“Majin Buu’s body is very special. After a simple transformation, your body can heal the injuries automatically. But the transformation is not of whole body that’s why the automatic healing time is a little longer.” Shenlong explained.

“Short one year, long ten years.” Shenlong said: “The length of time depends on the extent of your injury.”