Chapter 13: Do you have a boyfriend?

In fact, just in the moment when the earmuffs were removed, Lyon noticed that there was a person standing behind him.

A woman with a faint perfume.

However, he did not care, just treating the other as an ordinary spectator.

However, turning around, Lyon, who wants to be modest, did not expect that the approaching person would turned out to be Maria Hill, secratory of SHIELD’s director Nick Fury! 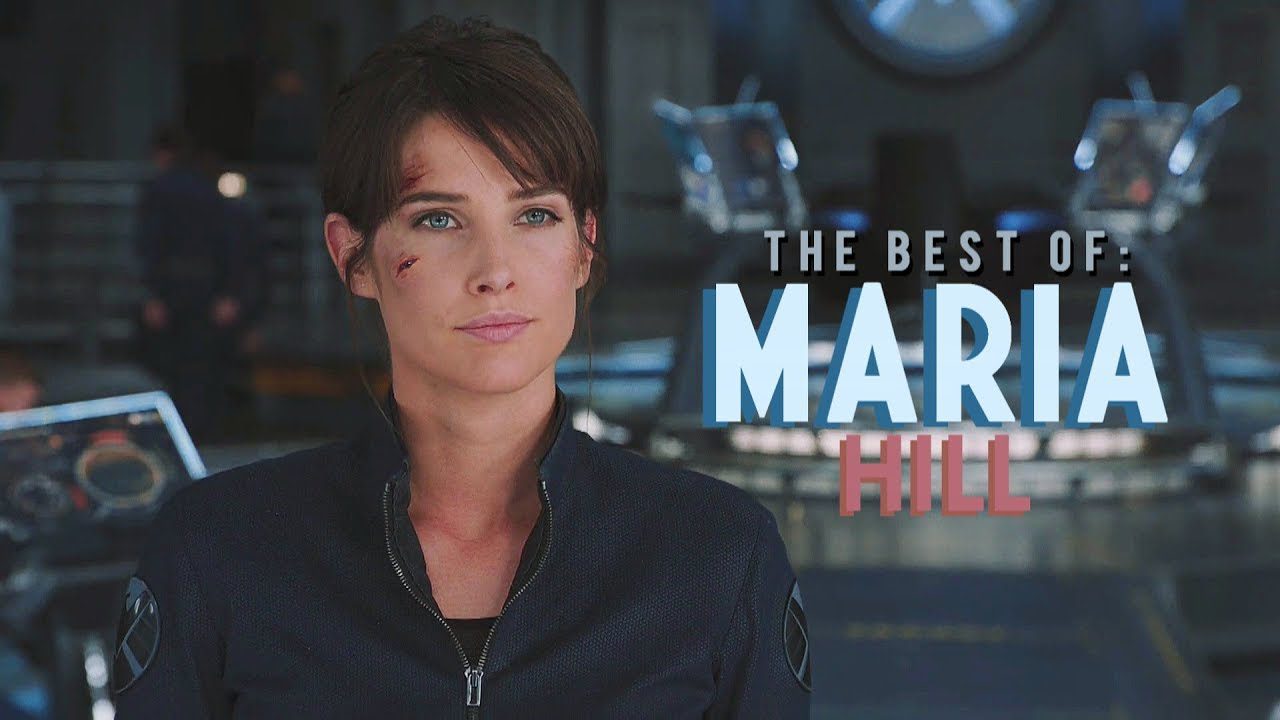 A close-fitting combat uniform reveals Maria’s graceful figure. The pale blue eyes, adding coldness to her little face, it seems like an endless starry sky. When people are fascinated, they can’t help but have an inaccessible sense of sacredness.

Taking his goggles off, Lyon used his fascinating blue eyes, as opposed to Maria Hill, and smiled lightly: “You have won the prize, Miss Maria.”

It is often said that the eyes are the windows of the soul.

You can see from a person’s eyes what kind of person this is.

Kind or evil, or with ulterior motives.

And Maria Hill sees from the man’s eyes, the sense of self-confidence!

Obviously, even if they met for the first time, they both knew each other.

Maria Hill didn’t feel anything wrong because Lyon called out her name casually.

She embraced her chest with her hands and said: “It’s the first time, that I met with Agent Lyon.”

Lyon did not care about the alienation of the other party. Instead, he was very enthusiastic and extended his right hand to reveal the smile of eight teeth. “Hello, Agent Maria, I am very glad to meet you!”

Hearing that Lyon did not call her “Hill” like everyone else, but called “Maria”, which feels closer, Maria Hill’s brow raised, and gently wrinkled, she immediately put a label sticker of ‘Playboy’ on Lyon.

Even though he didn’t felt cold in his heart, Hill still stretched out her little hand and shook it with Lyon.

“Oh, yes! Agent Maria, how are you here? Are you come to practice shooting here too?”

Lyon completely ignored the age gap between himself and Maria Hill, as well as the different levels of privilege, specially when the other party was a fellow of the SHIELD.

Hill did not answer Lyon’s question, but said: “I heard that Coulson recruited a very powerful newcomer to come in and just saw you in the lobby, so I come to see you.”

“Oh, is that so…” Although Lyon said this, but his heart is so stunned:

“Cut the crap! Who are you fooling?!”

“You thought I didn’t know that you are Nick Fury’s egg pie to test me?!”

From the moment he entered the hall, Lyon noticed a pleasing gaze on the second floor.

Although he didn’t care too much, it seems that the surveillance-like sight seems to come from the high-ranking agent.

As an adjutant of Fury, Maria Hill personally came to talk to him, naturally because of Fury’s orders.

It seems that yesterday’s mission, let him out of the limelight, but also let the SHIELD’s amnesty, noticed him.

The attention from the boss is a good news for Lyon, who wants to go further in the SHIELD.

However, seeing the calmness of Maria Hill’s face, Lyon suddenly wanted to tease this sharp beauty.

“Well…” Hill indulged for a moment, thinking of his own mission, and also replied: “It is lunch time now.”

When Lyon heard Hill’s answer, his eyes turned and proposed: “Oh, that’s great! It’s quite boring for me to shoot a target alone, so can do we have a shooting game?”

Seeing Lyon’s shooting level, Maria Hill didn’t even have to think about it, and immediately refused his proposal.

What a ghost, she is not a masochist, why would she accept a invitation to lose the game.

Thinking of this, Hill has put a label on Lyon in her small book ‘like to show off!’

The second wave of offence, continue!

“Speaking of me, I am still at the Trident headquarters for the first time today. I still don’t know much about it. If you can, can you take me around and get familiar with the environment?”

After all, collecting personal information from Lyon also requires a certain amount of time.

Being familiar with the environment is a good opportunity to get along.

Returned the gun to the manager, Lyon followed by Hill and started the tour of the main headquarter of SHIELD!

After visiting the main building with Lyon, Hill also had a general understanding of the character and style of this new agent.

When he talk, he like to use those blue eyes and stare at each other with full of affinity!

There are many words, but the rules are clear and the ideas are clear; Behavioral gentleman, sincere attitude towards women, like to express themselves in front of women, suspected flowers and veterans.

Going around, the two returned to the main building hall again.

At this time, Hill, who thought he had collected intelligence, was also planning to end the tour.

However, Lyon really enjoyed the beauty of Maria, and he didn’t want to let her go so soon.

“Oh, really sorry! It’s because of me, you didn’t have lunch?”

Before Hill responded, Lyon interrupted her.

“To thank you for helping me, I invite you to have lunch!”

After that, Lyon went to the canteen in his own direction.

Looking at the back of Lyon, Hill also rolled her eyes in a rare way and whispered.

“Really, this person is not finished yet…”

After that, Hill also took a long leg and followed him up.

The welfare of the SHIELD is very good and the canteen is open 24 hours a day. Even after lunch time, there are still professional chefs are active who are serving them.

The two ordered some food they wanted to eat, and they took the plate and came to the seat at the corner of the cafeteria.

As soon as he sat down, Lyon said: “Yes, Maria, I have a question, I don’t know if I should ask…”

I have to say that this society still looks at the face.

What’s more, Lyon is a standard big guy, and still so enthusiastic!

Even Maria also turned some cool, in the conversation along the way, she felt influenced by Lyon’s attitude, and her attitude was much better than the cold in the beginning.

Even when Lyon called her “Maria”, there was not much rejection.

However, what she did not expect was that Lyon would be so infinite:

“Do you have a boyfriend?”