Chapter 20: Good friends who love each other

The party has not yet begun.

As the protagonist tonight, Norman Osborn, has not yet appeared.

However, Lyon met the other owner of this big mansion.

Turning around, standing in front of him was a blond teenager who came to his waist and combed his short hair.

From the name just now, and the custom small suit is worn on the other side, Lyon quickly guessed the identity of this blond boy – Harry Osborn! The future heir of the Osborn Group, and the only son of Norman Osborn!

These heavy names may be unbearable weight for a teenager who is only 10 years old.

Judging from the appearance of a young man trying to pretend to be a small adult, he can know that his various eyes in daily life have allowed him to understand his identity and status early.

However, this look, in the eyes of Lyon, is somewhat cute.

After half a squat and looking parallel to the other side, Lyon looked at each other’s eyes and asked with interest: “You are the son of Mr. Osborn, little Harry?”

However, the juvenile’s answer is somewhat arrogant.

“You haven’t answered my question yet!”

To deal with this bear child who hasn’t gotten too much love from his father since childhood, Lyon has his own set of methods.

He first patted the other’s head in a mischievous manner, then imitated what the other party had just said and said: “You haven’t answered my question yet! Little guy.”

Harry Osborn seemed to be inspired by Lyon’s bold move, and scared in general, his face tightened, and suddenly became a little uneasy.

He vaguely felt that this young man in front of him was not like a fake smile on his face, his mouth full of pleasing, just to make a good impression on his father.

This made him feel fresh and a little overwhelmed.

Looking at some hesitant little Harry, Lyon took the initiative to extend his right hand and smiled: “My name is Lyon Coulson, you can call me Lyon, what about you?”

Harry Osborn looked at the big hand he had handed over and looked up at Lyon’s eyes.

In the blue eyes of Lyon, it seems that in addition to the friendliness, there are no other things to do, which makes Harry stick out his hand and hold it with the warm big hand.

“Well… you can call me Harry Osborn.”

After holding Lyon’s hand, Harry seemed to be introverted a lot, and even his voice was a little smaller. “You haven’t answered my question yet…”

“Oh, yes, I am the one who saved your father. But how do you know it? Did you learned from your father?”

Little Harry was silent for a moment before he replied: “Alfred told me.”

When Lyon heard this familiar name, Lyon brow frowned and asked: “Alfred, wouldn’t it be your steward?”

Little Harry stared at him with a puzzled look. “Well?! How do you know that Alfred is the steward of my family?!”

This question, let Lyon look speechless, and he spits in his heart. “My God, this year, how the housekeeper is called “Alfred”!”

A good name, if you grab a lot, you can’t just call one?!

Even if it is called Jarvis, it is not impossible!

He has lived in this world for more than three years, and have never heard of the Wayne family, and the words of Gotham. Otherwise, Lyon thought that he had come to the wrong DC World.

Adjusting his mindset, Lyon once again looks to Harry Osborn.

“Are you looking for me, is there anything?”

“Well, there is nothing, just want to see who saved my father, and what kind of person is it…”

Lyon smiled and spread his hands. “Then you see it now, how do you feel? Do you think I am very good?”

After all, even if you are precocious, Harry Osborn is just a curious 10-year-old child.

After hearing about the deeds of Lyon from the butler, he was driven by curiosity to come and see the young man, who is very good at the team, looks like.

However, even for the first time to meet Lyon, the senses are good, but the people who are proud of the young master can not collapse.

Lyon saw Little Harry giving him a blank eye directly, and his mouth was full of disdain. “Cut, there is nothing remarkable…”

Just as Lyon laughed, with a tender cry, not far from the two.

When Lyon heard, he turned his head and looked in the direction of the shouting.

Lyon saw a small, somewhat malnourished boy who ran trot and was coming over. 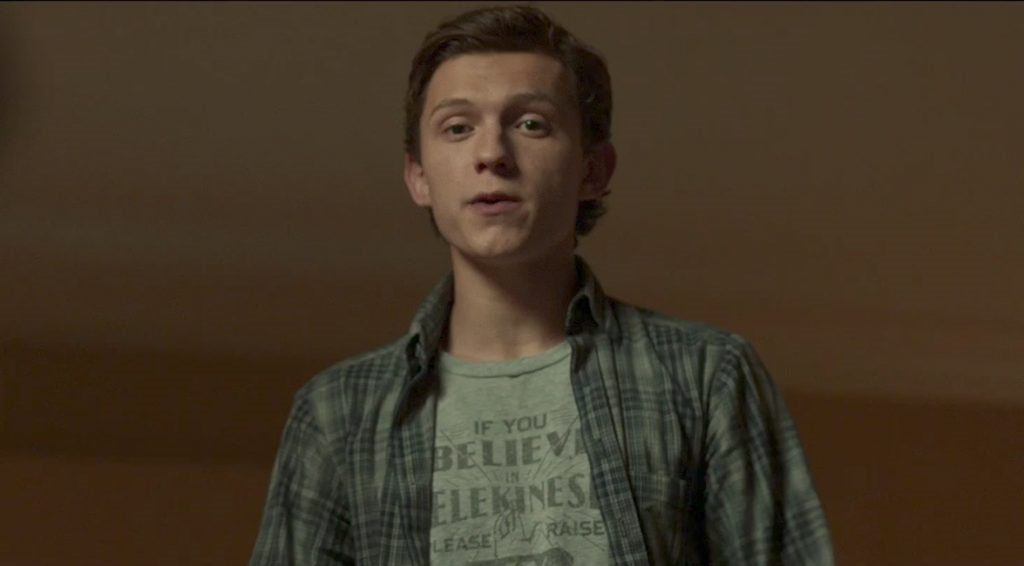 Not waiting for Lyon to react, and come to Harry Osborn, let Lyon’s pupils slammed.

Peter, who came to the two people, did not notice the shock of Lyon’s eyes, but patted his friend’s shoulder and cared. “Where are you going? I am looking for you everywhere.”

In the face of his good friend, Harry Osborn’s attitude is obviously much better: “Oh, I just met the person who saved my father, so I talked to him.”

Upon hearing the introduction of the friend, Peter was very surprised to see Lyon. “Ah! The one who saved Uncle Osborn, is that he?”

Compared to Little Harry’s arrogant introversion, Peter’s character is much more lively. Lyon saw him slightly looking up and revealed a lovely smile to him. “Hello, my name is Peter Parker, and I am a good friend of Harry.”

The calm lake in Lyon’s heart is like being thrown a stone, and there are waves now.

He looked up and down at the little spider in front of him and then showed a kind smile: “Hello, Peter. My name is Lyon Coulson, you can call me Lyon.”

Lyon never imagined that he just came over to attend Osborn’s birthday party, escaped from the busy agent life, and actually met the young version of the little green devil and the little spider, this is a pair of a good friend who loves each other!