Jiang Yuan looked up and down to Norman Osborn. He try to find what Norman Osborn said was true or false. When thoughts turned, Jiang Yuan suddenly recalled the development of the story behind the extraordinary Spider-Man.

It seems that in the late development of the extraordinary Spider-Man, with the death of Norman Osborn, Harry Osborne was quickly forced by someone to be driven out of the Osborn Group.

Norman Osborn said that his shares were diluted, no longer false.

Fortunately, the location is not high, although it fell, but it will not hurt Norman.

After falling to the ground, Norman Osborn stood up from the ground. He followed Jiang Yuan with a look of bitter smile: “Jiang, you really opened my eyes today. I can guarantee that I have look down on you. People will suffer, who can think that Stark Group’s waste otaku, even have such special power.”

Jiang shrugged and said: “You still try to less flattering. Let’s talk, what intelligence you want to provide that threatens my life?”

“And then?” Jiang Yuan asked quietly.

“You are not surprised at all?” Norman Osborn looked at Jiang with amazement, and said again: “As far as the information I have, I know that Obadiah has private organizations and many terrorist organizations. He supply private Arms to these organization, and your brother Tony has clearly stated that the Osborn Group does not cooperate with private armed forces, so Tony blocked the road of Obadiah.”

“For those who block the road, I think you should be very clear about what kind of means Obadiah is likely to make.”

“Is it only this?” Jiang Yuan is undecided.

“Yes, why, you don’t believe it?” Norman Osborn frowned.

“Of course not, but I already know about this.” Jiang Yuan said.

“Do you know? Wait, yes, you all know the core secrets of my Osborn Group. So how could you not know some of the small things that Obadiah has done!” Norman Osborn stunned and followed with a smile.

“Although this information is useless to me, it is good to see youe sincerity, and you also given me another one percent of the shares. This is all right.” Jiang Yuan said.

“Reassure, I don’t care much about shares, although one percent of the shares are a lot of money, but to my extent, the word of gain and loss is very clear.” Norman Osborn said.

“That’s good.” Jiang Yuan took a deep look at Norman Osborn, and then sat in front of the desk, Norman Osborn saw it, but also sat back in the original position, and then he used the computer to write the contract.

A letter about the transfer of the Osborn Group’s shares was quickly made.

After Norman Osborn made a share authorization, Jiang did not sign anything immediately. Instead, he took out his mobile phone and then asked Jarvis: “Jarvis, scan to see if this contract has any loopholes.”

“Master Jiang Yuan, there is nothing wrong with the contract.” Soon Jarvis responded to Jiang Yuan.

“Ok.” Jiang Yuan nodded, then hung up the phone, followed with a satisfactory look at Norman Osborn, and signed his name on the contract.

As a result, he even has shares in two large groups.

“Let’s go, now take you to visit the lab. Since you are a shareholder, um, if a small amount of spider silk will be given to you, you don’t need to pay for anything.” After signing the contract, Norman Osborn stood up said.

Jiang Yuan and Norman Osborn went outside the door.

Along the way, Norman Osborn try to introduce some of the Osborn Group members.

If such a scene is seen by unsuspecting people, they think that their relationship has been very good.

But they couldn’t think that just a moment before they tried to kill each other.

Under the introduction of Osborn, the two soon came to the laboratory.

When he came here, there were many people visiting the lab.

The reason for this is because the Osborn Group recently got an internship, and many colleges and universities have come to internships.

“You should go ahead, I will take a look at it.” Jiang said to Norman when he arrived here.

Norman Osborn did not say anything when he heard this, and then he left.

Then Jiang Yuan went to look in the lab.

When he was looking, his eyes paid attention to Peter Parker.

At the same time, there are also concerns about Dr. Lizard, Curt Connors. 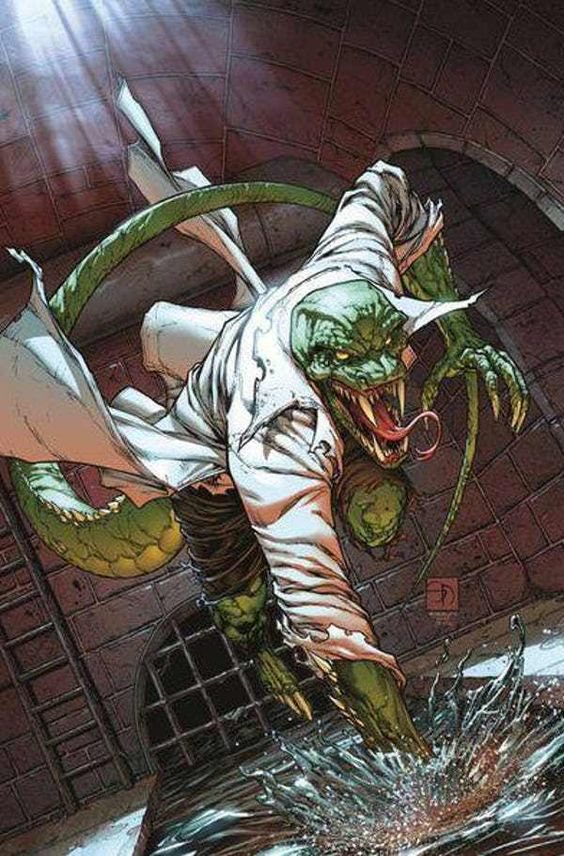 Today, Dr. Connors, hand is still broken. He has not injected genetic agents or something.

That is to say, Connor is still a good person to some extent.