The sun is hot like fire, and the blazing earth bears the desperate roasting like a stove.

There was no trace of moisture in the atmosphere, and even the wind that came blowing was fiery with indescribable heat.

This is a desert located in a tropical area. The traces of modernity are long invisible here. Analogous to West City, here seems to be at a level where civilization has not yet been cultured. Only those who hide in the shade dare to show their skin.

Sweat couldn’t stop dripping from his cheeks, Tights supported a wooden stick, followed by gasping for breath, staring at the fiery sun in the sky, her head suddenly felt dizzy.

“Dying, I can’t move anymore.” She cried loudly, Tights squatted so tired that the veil covering his cheeks fell, revealing a sweet face.

Deku stopped, helped Tights to the shady corner, and the light wind was blowing, so the sense was cool, gu lu gu lu poured cold water, and then poured it on his head, Tights said “Oops” and restored a little strength, “You are as strong as demon, but I am a girl.”

“Too weak, Saiyan’s women are not as delicate as you.” Deku handed her a fan.

Tights gave him a nasty look, took the fan and kept fanning, wiped the sweat on her cheek, worried that his skin would be sunburned.

“How far are we from the next Dragon Balls?”

Tights quickly shakes one’s head, and said: “No, I said travelling together, how can you leave me alone, well, this is also a challenge, and I will try to overcome it.”

Watching Tights falter, pretending to be strong, Deku sense was funny, but he didn’t hurt her self-confidence.

“Forget it, wait until the evening to find Dragon Balls.” Deku said faintly, glancing at the sun.

Tights pulled out his beautiful hair, and shouted embarrassedly: “I’m so sorry.”

Deku shake one’s head, transforming a cabin from a capsule in a flat place: “Come in and cool down.”

“Hee hee.” The girl smiled softly, entered the room and moved directly to the bathroom, hurriedly took a cold shower, then came out coolly, and dropped the five dragon balls in the backpack on the table, Play it up.

ding ding dong dong, five red-orange beads rolled down together, and when they collided, they glowed with golden radiance, accompanied by the whimper of wēng wēng wēng.

These five dragon balls are what they have gained in the past few days.

Two weeks ago, Deku and Tights started looking for Dragon Balls. The first stop was Kame House outside the Eastern Sea, where is is Master Roshi.

Master Roshi is called “God of Martial Arts”. Although he is an experienced martial arts grandmaster, he is naturally lecherous. In original work, he even lifted Bulma’s skirt to get his Dragon Balls. This time Deku Accompanying Tights, naturally will not let Master Roshi take advantage. After landing on the island, he directly found Master Roshi, who was enjoying the coolness under the big tree. Without a word, he aimed at Master Roshi’s neck and hit a hand chop. The Old Man didn’t even understand what happened, so he was knocked out by Unland.

When he woke up, Deku had already run away with his Three-Star Ball. Master Roshi woke up and felt pain in the neck. He thought he fell into a pillow while sleeping and didn’t know what happened.

It wasn’t until night that Master Roshi realized that the Crystal Ball that had been hanging around his neck was missing, and there was only a hemp rope on his neck still hanging there.

Deku, who successfully obtained Dragon Balls from Master Roshi, and Tights continued their journey to find Dragon Balls. Two people either drove jeep or sailed the yacht all around the world….

In just two weeks, they had collected five dragon balls, and the sixth dragon ball was in sight.

Because of Deku’s participation, there was no danger along the way, so all the enemies encountered were killed by Deku one strike one, but Tights really felt the charm of martial arts. For a time, there was a flood of thoughts, a big brain and a serious mind, To record all experiences as materials for future works.

The sun set to the west and the hot and spicy craze receded slightly. Tights could finally go outside without wearing a veil. Two people along the location indicated by the dragon ball radar came to the tidal flat three kilometers away. The flying sand is flowing here, there is no vegetation, and the exposed rocks are weathered by the perennial wind and sand erosion. The surface is covered with fragmentary cracks, and stones will peel off when touched by hand.

“According to radar, the sixth dragon ball is near here, but it’s all yellow sand here, shouldn’t Dragon Balls be buried underground?” Tights put his hands in front of his forehead, looking towards the distance towards the distance. The purpose is a desolate scene.

Deku glanced at the dragon ball radar, adjusted the radar to three-dimensional mode, and the picture changed. Soon, the position of the Dragon Balls from the ground was shown, approximately five meters deep underground.

Seeing this, Tights quickly moved towards the bulging ledge in the distance, and then hid carefully. Tights who have experienced similar experiences have seen the power of energy balls. Such a small energy ball is enough to level a mountain.

“I’ve been hiding, let’s get started.” Tights moved towards Deku shouted, clutching the rocks of the ledge with both hands.

Deku’s calm eyes gazed at the sand below, and a bright glow suddenly flashed in his eyes, and a table tennis-sized energy ball moved towards the ground. The rumbling sound loud noise was instantly hit by the same force as Missile. The yellow sand splashed and the surging air wave moved towards all directions spreading. In the sky, a large glass ball of fist flickered out of the yellow sand.

A beam of light flashed in his eyes, and Deku’s silhouette moved quickly, grabbing the flying Dragon Balls in his hand.

Deku had a satisfied smile on his face, and handed the Dragon Balls to Tights for packing.

A few days later, more than two hundred kilometers from the discovery of the sixth dragon ball, in a lush bush, Deku found the last Dragon Balls. 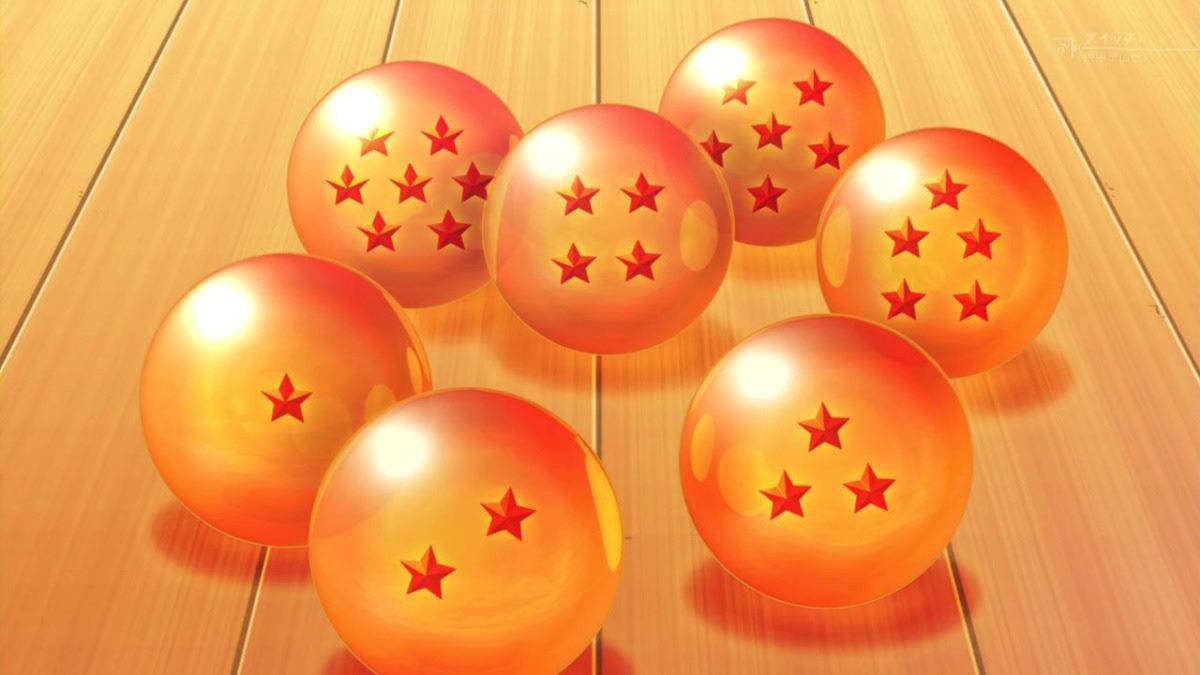