In the cell, she thought of Naruto, thinking of the future that Naruto said.

Koyuki: “If you can see the future, how can you not know that they will take me away?”

“I am so ridiculous that I believe…”

“The reason why the guy knows that there are train tracks under the tunnel is that San Taifu said.”

“As for the train, it should be the information collected in advance.”

“Taifus came with the warrior, they should have disappeared, so he just assembled the people… oh…”

“The perfect ending is impossible in reality…”

“As long as you don’t resist, no one will die…”

Koyuki is complaining about him in the cell. Waiting for Kakashi to come to the rescue and defrauding the crystal neckless. Naruto has successfully sneaked into the Palace of the country of snow.

That is the upper part of the cell where the Koyuki is located.

Outside the door, Fubuki Kakuyoku pass by: “Hurry up, Nadare Roga is still waiting.”

Mizore Fuyukuma, that is, the thick fat man replied in the bathroom: “I know, you don’t need me to remind me in the toilet.”

The fat man slammed into the toilet, and his armor is not comfortable, which was inevitable.

Then he took it off.

This battle was successful in catching Koyuki. He is thinking of the possible bonuses, so his mood is exceptionally good, and the whistle was blown up for a time to time. 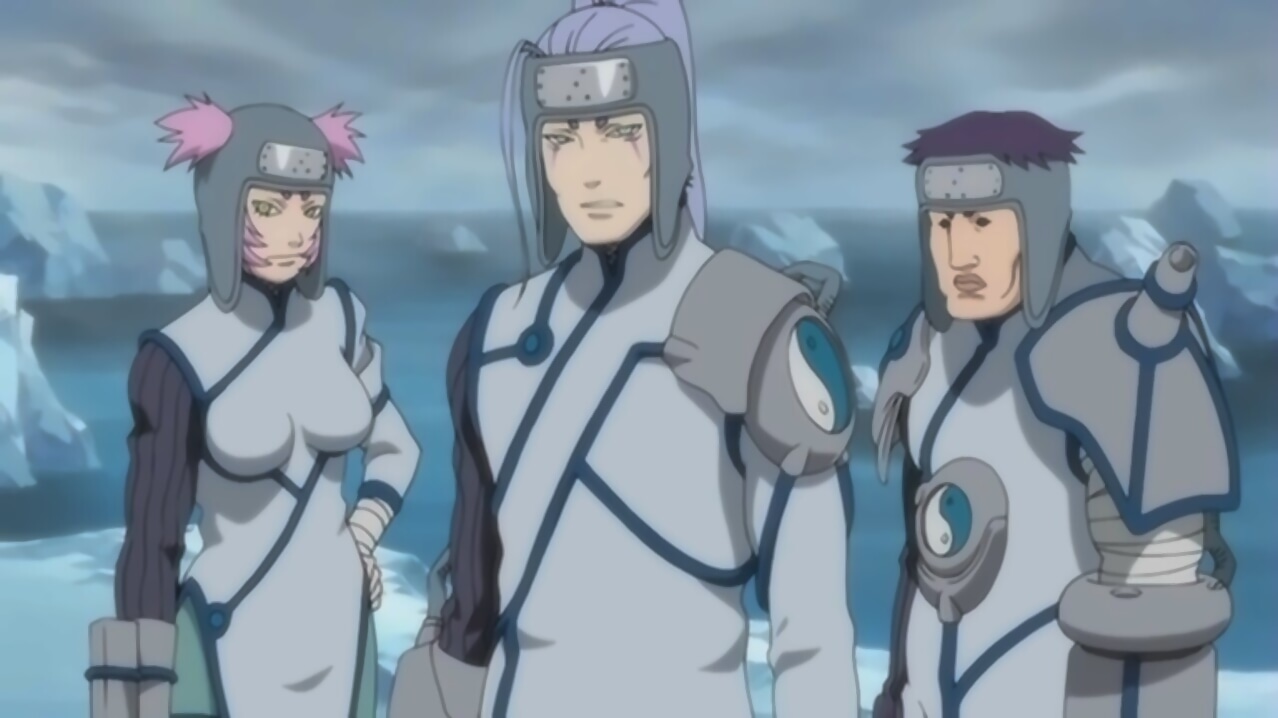 He didn’t notice that Naruto leaned over the ceiling and was slowly approaching.

The blue sword was pulled out, quietly approaching, and then slashed.

A bloodline appeared on the neck, the blood slowly overflowed, and the big head of the watermelon slipped down.

Naruto grabbed his hair and put it in his bag.

This head almost fell into the urinal, he did not want to go there to fish out his head.

Later, Naruto took off the other parts of Chakra armor on his fat body as quickly as possible, then took out the storage reel and sealed the body and head inside.

Nine-tailed: “Well? How do you pull the soul of this guy in again!”

Naruto: “I don’t want to, but the soul of this guy is sucked in after killing.”

The truth? Nature is a fart.

After careful thinking, Naruto confirmed that Kurma said that he must not devour the other souls.

Nine-tailed: “You wait before you swallow, I look at the attributes of this guy.”

The nine-tailed chakra overflowed from the cage and touched the soul of the fat man.

Nine tails: “Water properties, um… you can swallow it.”

The water attribute is the attribute that Naruto has, so that it will only increase the soul power after swallowing.

Without consumption, naturally, it will not happen like the last time where Naruto’s soul power is not enough to swallow it.

It is not a property that he doesn’t have. Naruto is somewhat disappointed, but it is also expected. After all, if you want to use the Chakra armour to blend out the ice properties, you must be good at wind and water properties.

This feeling is very comfortable, just like someone who didn’t drink a glass of water in six or seven days, finally got a big glass of water.

The only fly in the ointment is that the fat model is too big. He wears it on the body, which is inconvenient.

However, there are variants of camouflage, as long as they do not fight, he is not afraid of being found out.

Naruto injects Chakra, a wind attribute and a water attribute, into the armor, and then condenses a cone of ice in the hands of Naruto.

When he saw the ice cone successfully condensed,

In order to cultivate ice attribute, he is doing his best.

But only the snow is condensed.

But now he just wears a piece of equipment and he can achieve his dreams.

It’s as if a civilian player has met a RMB player. There is a saying that the MMP doesn’t know what to say.

Did not cause too much attention.

The fat man who became Naruto quietly stood on the side and did not talk much, standing honestly.

However, after a long time, it is easy to cause some doubts.

For example, the female ninja.

Fubuki: “How are you so quiet today?”

So he continues to stand without talking.

Above the throne of the main hall, Doto is sitting with his eyes closed.

It was not until there was news that Kakashi has arrived, and this opened his eyes.

The lights are off and the surroundings turn dark.

Did not let everyone wait too long, after five or six minutes, the footsteps sounded in the corridor.

Koyuki with Kakashi appeared in the middle of the main hall.

The light is on.

On the face of Doto who is sitting on the throne is full of wise smile like everything is under control: “Working hard, Koyuki.”

Koyuki turned and rushed out.

Kakashi and other got confused, they want to chase but Nadare Roga and Fubuki came in front of Kakashi.

This is the moment!

The fat man of Naruto against Nadare Roga and Fubuki.

When the two were thinking of Kakashi and 400 Naruto successfully played a blocking role, while catching Koyuki and returning to Kakashi’s ranks.

Naruto smiled: “Snow Princess, believe me, even if you hand over the crystal neckless, you can’t change anything.”

Koyuki saw a fat man suddenly changed back to Naruto and was shocked: “How come you are here!”

Naruto does not answer, handing Koyuki to Hinata and Sasuke protection.

Then he decided to make a big noise.

Fubuki shouts at Naruto: “It’s you little devil! where is Mizore!”

Naruto casually said: “Who? The fat man? I don’t know, maybe he is dead.”

“However, you’d better hand over the crystal neckless, otherwise…”

Doto does not change his confident smile, and looks at Naruto: “You shouldn’t wear this armor.”

Is there a problem with the armor?

Naruto’s heart jumped and he planned to take it off, but it was too late.

The armor has been absorbed on the body, and an electric current hits the body. Only when the body is numb, Chakra is out of control, and the multiple shadow clones of Naruto are forced to be lifted.

Hinata and Sasuke were now entangled with the female ninja of the country of snow.

Kakashi was blocked by Nadare Roga.

Doto appeared behind Naruto. “Hand over the crystal neckless and you all can leave.”

“Otherwise, today I am afraid that someone will have to stay here forever.”

The chakra on his body was swallowed up, and the weight on Naruto was also lifted.

At the same time as Doto raised his hand to capture Naruto, Naruto took advantage of his strength.

Pull the sword and turn around!

Doto did not hide, and the blue sword hit the Chakra barrier and made a humming sound.

That is the sound of the tremor of the sword.

Doto looked at the sword in the hands of Naruto: “It was no shattered by the Chakra barrier. This sword must belongs to me later.”

Doto shook his head: “Without chakra you dared to yell at me… The ninja of Konoha is still as arrogant as ever!”

“Then let me try, do you have any arrogance.”